Is there anything good about it? 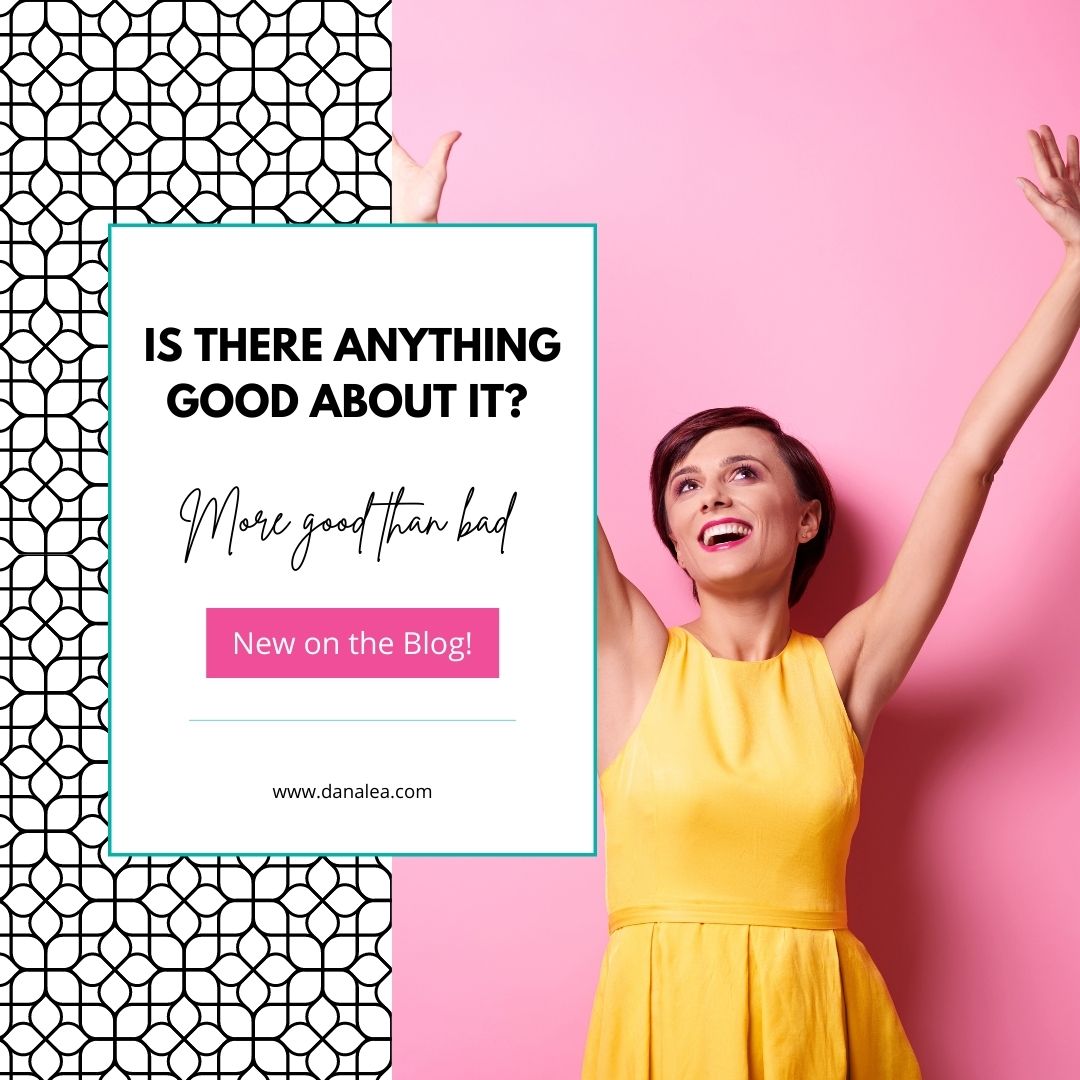 Is it that bad?

Sometimes we really have to step back and ask ourselves this question. Is there more good than bad in this situation? And more than likely the answer is YES! There is so much good! So today we are going to talk about that!

I know it seems like I post a lot about turning tough situations in to better ones. Truth is I have a huge team and I get a lot of feedback from everyone.

Often times I only hear when they aren’t happy about something. (Not all the time, but often). So with that being said, I believe that is why I’m always working on mindset and making sure not to go down those rabbit holes that can have a really negative impact.

With social media, I’ve noticed that people are quick to gang up on an issue and suddenly “everyone” is dealing with said issue. Suddenly it is blown up and everyone is spinning out of control over it. Mean things are said, people threaten to quit, and so on. Even people that haven’t dealt with the same situation are mad and fuming. (This is where my love/hate relationship for social media really comes in.)

Plain and simple, here is the reality. There are procedures in place for a reason. When we follow a procedure, we can get to the true issue faster, without all the emotion that just plays a negative part in all of it.

If there is a problem (and believe me, there will be problems! with any business!), there is a procedure to report it. So do that. And if that problem happens again, report it again. Report it until something changes.

And if you have an idea for a solution, perhaps after you’ve reported it, you could email the idea in. People putting their heads together for a solution rather than to just complain, come out much further ahead. And with a much better attitude!!

Some people are easily influenced

I’ve seen a person quit their business because of someone else’s bad attitude impacting them. Not everyone is equipped to withstand a negative vibe. I’ve literally heard someone say “I can’t take it. It’s just too hard then. I’m done.”

Don’t say you are done!

Remember that what you say is what you are putting out there in the universe. You put positive uplifting things, good things tend to come your way. If you are always saying “I’m over it! I quit’, then things that will continue to push you that direction will keep coming up.

I learned years ago in a different field I was in that once you say you are finished or you want to quit, that you may as well do it.

A boss of mine once had someone say to her “maybe I’m just not the right person for this job then. Maybe I need to move on.” Her response was “perhaps you are right.” At first I thought that was harsh, but now I get it.

When I hear someone say that, in my mind I’ve moved them to the ‘quit’ column. We can’t beg people to stay when they are already putting it out there that they are quitting.

And remember the saying “if you say you can or you can’t, you are right.” It’s true.

So instead, I’m going to ask you to ask yourself this question…

Is there more good than bad here? Think about all of the things you have accomplished or excelled at in this position or business. Have you accomplished any of your goals? Do you love your product or service that you offer more often than not?

And then, once you realize the good truly does outweigh the bad, then take the next step. Follow procedure. Report the challenge. Report it again and again if necessary. But report it to the right channels.

It’s ok to move on

And one last thing, if you are truly at your wits end and don’t like what you are doing and you aren’t having fun anymore, then it’s ok to evaluate your situation. It’s ok to move on. Just be sure you have looked at everything. Don’t ‘quit’ on an impulse or even say you are, until you have a chance to be level headed and consider all sides.

And definitely don’t let someone else’s bad attitude impact your decision. This is YOUR business. Unless that other person is paying your bills, they should not have a say in what you do. Find positive people to surround yourself with and keep going!

Think about what you say out loud

For the next week (for starters!), I am challenging both of us to agree to stop ourselves when negative talk starts to come from our mouths. Let’s say positive things. Even when we face a challenge, do it with a positive attitude to correct it. Find the good in situations. Let’s change how we think and I promise we will be feeling so much better!

Positive attitudes for the win!