Our Health and All Its’ Mysteries 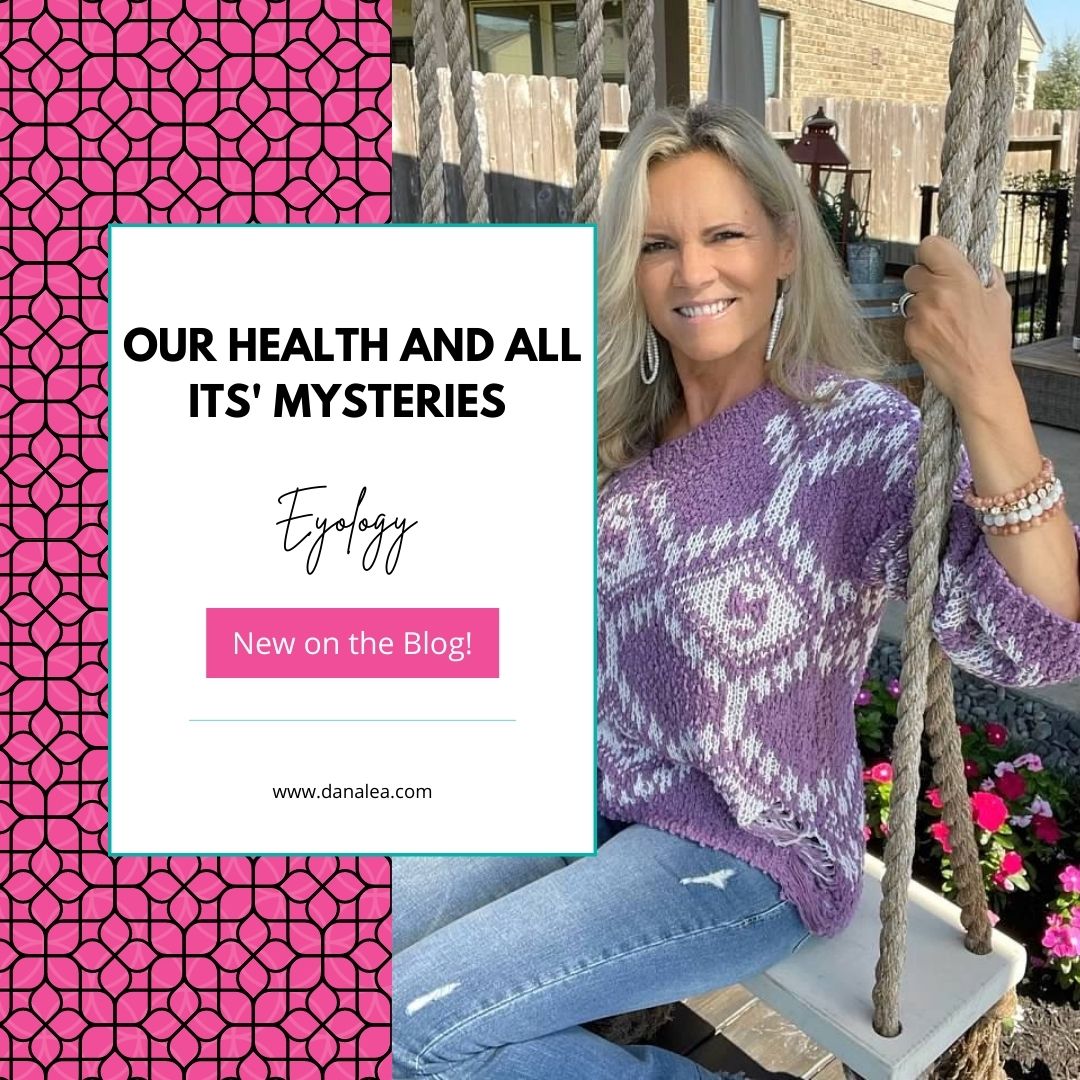 Let me start this off by saying, I’m no Doctor. I don’t even play one on TV. But when something works so well for you, it’s only fair to share with others, right?

It started with a referral

Yep, just like so many other things, it totally started with a friend of mine that gave me this persons name. I was having some horrible hormonal issues and my current doctor kept prescribing me new things to help each symptom.

It was to the point of the doc telling me I should just get a hysterectomy and be done with it. Well I don’t know about you, but surgery of any kind is serious to me, so I wanted to be sure it was the last resort.

When I arrived to Claire’s office, she immediately took pictures of my eyes. Pictures. Yes. Of each eye. She then began telling me what she saw in my eyes.

Keep in mind, I had not even told her what I was there for yet.

The first thing she noticed basically tied back to my hormones! She told me I had a dairy allergy, and to stop all dairy asap. I honestly didn’t even think I consumed that much dairy, until we started talking about everything that IS dairy.

So that this doesn’t go on forever, I’ll just share in a nutshell…she gave me other things too that were going on, and we discussed foods to eat or avoid to help, as well as a couple of supplements to take. But let’s zero in on this dairy allergy.

I became very aware of all that I consumed from there on and was shocked at how many times I had to turn something away because it contained dairy. So I apparently had been consuming a lot more of it than I realized.

Do you know that within 6 weeks of cutting dairy out of my diet, I realized my hormonal issues had literally come to a halt?! All of it. The mood swings, the other issues I was having, I even felt as though I had moved on through menopause completely!

Keep in mind I had been seeing a Gyn and a general practice doctor now for over 2 years for these issues, only to continue to have them get worse.

One thing leads to another thing

Just like with anything else, when one thing begins to correct itself, other things follow. I was no longer having the hormonal issues, which meant that I was no longer feeling as bloated. I did try and change my eating habits in other ways as well. She advised me to avoid gluten as much as possible, so I did that too. My hope was that I would start losing weight finally.

Truth is, I didn’t lose any weight, but I was feeling SO much better. I’m sure if I had followed her complete food plan I would have, but I’m one that needs that accountability on a regular basis. So after a few months of feeling better, that was when I searched out Kathy and began her weight loss plan. For the first time in YEARS I was seeing the scale finally budge!!

Even my husband now goes to see Claire. He is no longer taking some of the meds that he was before, which were apparently damaging his liver. He is feeling better too! He now needs to take her advice on the no sugar thing…but he’ll get there! LOL.

As for me, she’s been a life saver. I highly recommend her to anyone that lives in or around the Conroe area. Or if you aren’t around here, perhaps look up Eyology in your area.

Having my hormones corrected was huge in itself. But now I feel even better. Each visit we continue to work on things she sees. All in my eyes. I had no idea our eyes give so much about what is going on, but it makes sense!

If you want more info about Eyology, simply click here! What I particularly love about Claire is that she explains it to me where I understand it. The things she tells me makes perfect sense. She asks about symptoms and shows me where they are stemming from.

Just to be clear, I’m not bashing doctors AT ALL. I appreciate what they do and we definitely need them. I’m quite grateful for them. I just love the option of getting to the root of the issue to try to work on it first.

If you’ve ever tried Iridology, I’d love to hear your feedback! Shoot me a message or comment below! And if you are still reading…thank you! I appreciate you sticking it out and reading all the way through. Cheers! xoxo